You couldn’t buy online silk drapes that looked more realistic than these. The color, pattern, and crafting of the supposedly silk draperies brought warmth to the interior decor of the houses. Quite frankly I can’t tell the difference between custom silk drapery panels made from silk taffeta or dupioni silk, but I can appreciate fine realistic graphic artwork. One of my friends who works in an interior design studio saw the drapery graphics and said they looked like what real silk drapes would look like with candle light flickering beside them. Anyway, you get the point. The graphics were great. There was no doubt this was a huge improvement over the still-popular original. A slightly darker edge mirror a subtle larger trend in player tastes over the previous few years, and many minor but frustrating bugs and exploits were addressed. 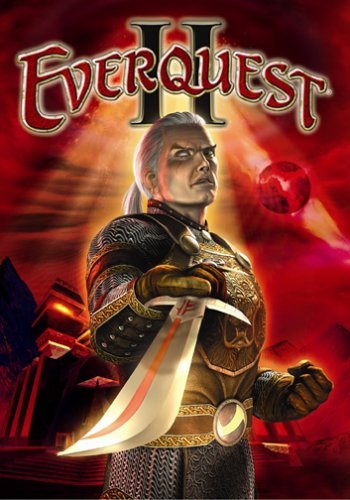 As we all know now, EverQuest II is not the ruler of the MMORPG world. So what happened?

Obviously, World of Warcraft happened. Opinions and evaluations vary wildly; many cite WoW’s comparative user-friendliness and simplicity, very attractive traits for the many casual and social gamers who may feel overwhelmed by the more complex rules of a ‘true’ RPG. Whatever the case, for SOME reason, huge numbers of players quickly and consistently chose WoW over EQ2 during the years after both were released.

Additionally, the rise of free-to-play MMORPGs siphoned many interested players away from the subscription-based online games, including the EverQuest series.

Sadly, EQ2 will probably go down in history as merely the sequel to one iconic game, or perhaps as the main competitor to another. Yet, at this date, EQ2 still has a healthy player base, and is currently enjoying a fresh batch of content; Sony Online Entertainment has averaged at least one major expansion per year since the game was released. I hear that more and more players still joining. I started playing, and unfortunately now I cannot stop.

Everquest II is set 500 years in the future of the Planes of Power storyline in the world of Norrath. As retaliation for mans trespassing on their planes the gods have withdrawn from the world. Battle wages on Norrath. Orcs & dark Elfs have destroyed a lot of Faydwer. Meanwhile Ogres, Orcs, Goblins & Giants ravage Antonica. Communication & transport to the luclin were cut off. In this storyline the continent of Antonica was torn apart into small islands. These islands are called the shattered islands. The oceans are impassible. & the moon has shattered leaving pieces of it in the sky. The age of destiny is what it is reffered to as in EverQuest II. The benevolent queen Antonia Bayle of Qeynos is a sorceress welcoming all into her city to help her restore Norrath to it’s previous beauty & glory. Lucan D’Lere is the overlord of Freeport is an ancient fallen paladin rules the evil races in his ultimate plan of conquest & domination.
Join the world of adventure & play for free.