EverQuest has had more than its share of criticisms. We won’t get into all of the game-related whining, what should have been in the game and what doesn’t work right and all that. Those issues are debated ad nauseum in nearly any EverQuest forum, or in the game itself…

However, there are several controversies surrounding EverQuest, including ‘unfortunate events’ connected to the game.

A decade later, there are still some unanswered questions about the so-called “Mystere” incident, in which a player was permanently banned for posting fan fiction (not on an official EverQuest site, mind you) that included a ‘graphic depiction’ of the rape of a young girl.

At the time, this raised a lot of questions about the border between legal rights and online rights. For example, there’s the question of why Sony & Company feel that a depiction of an evil character committing underage rape is such a huge leap from a branding strategy that uses half-naked women to promote a game whose major goal is to hack people into bloody pieces whenever it suits you. 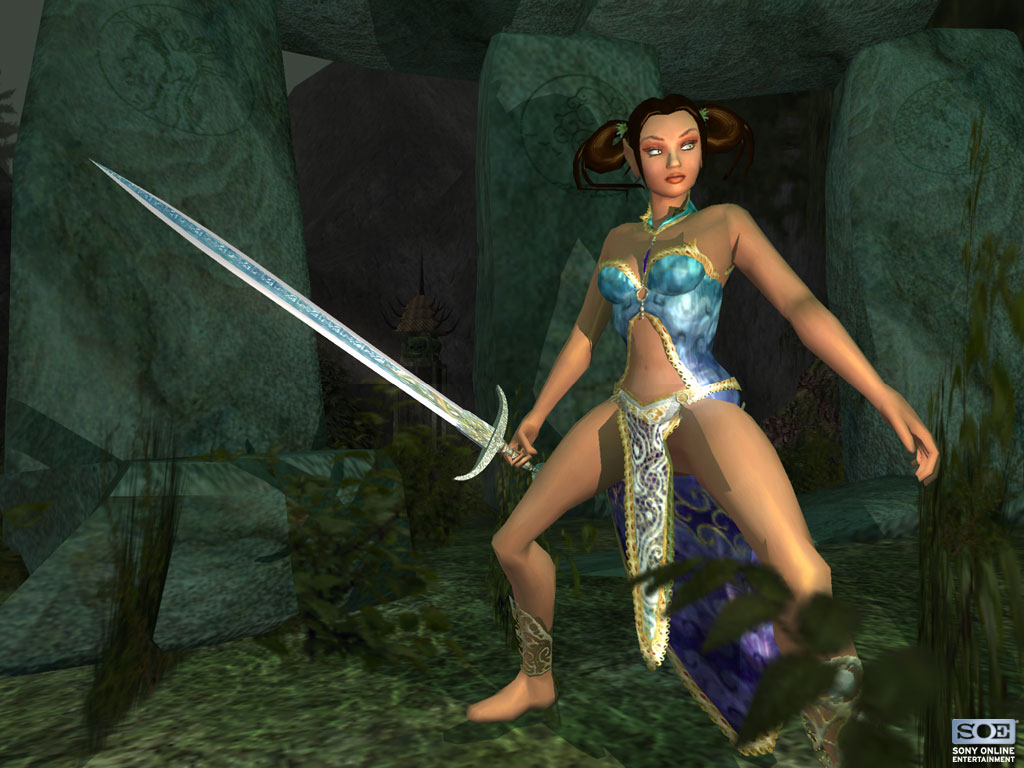 Let’s face it, the cultures and time periods that provide the basis for the setting of fantasy role-playing games were frequently brutal; the people who usually carried swords around really did an awful lot of raping (in addition to the murdering and looting, which is apparently still family-friendly). The character that “Mystere” was writing about was meant to be an evil character who did bad things.

Ok, sure. But in the ‘rubbing salt into old wounds’ category, John Smedley posted a blog a few years after the controversy that stated, among other things, “we couldn’t tell the real story, which involved one player accusing this banned player of something that, if true, would have crossed major real-life moral and legal lines.”

Now, wait. So now you’re saying that this player was actually breaking laws, and that you didn’t go far enough? Wow, if “Mystere” is paying attention, and this is as dubious as it sounds, you should really look into being called a criminal by the people who took your money, called you a pedophile, and then banned you from their game.

This fantasy role-playing game doesn’t have the problem of moving or storing in the game world but, when storing equipment like computers and keyboards.

This event has opened the door for a serious discussion because it resembled an event which the original authors of the game created. A scene written by the games creators requires the player to murder a young pregnant elf. The debate is why if this is acceptable, is the gameplay story written by Mystere unacceptable behavior in the eyes of security.